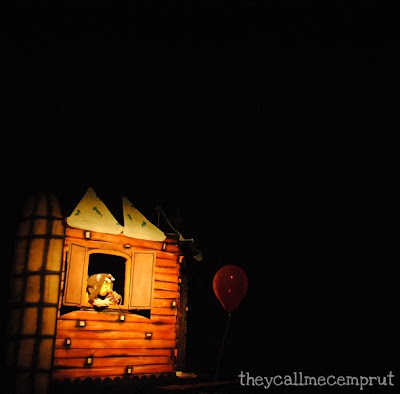 “MWARTHIRIKA” is a visual performance without words, about that dark history which we tell in an imaginative way, like a fairy tale. performed by Pappermoon Puppet Theater, there's a Mbak Ria from Kuwaci Kecil as a founder and player. and the other team is a guys who's i know before,
there's my old friend Octo, Mas Iwan Effendi (Mbak Ria hubby) is friend of Ay and Amanda Mita which i know from her blog Perempuan Gimbal. and that night is my nite...my damn unforgetable nite !!!

the first theater that i see in Jogja is Waktu Batu from Theater Garasi, and that was the time that i feel ALIVE !!! i dunno how to describe the ALIVE meaning, but that is the part of the reason why i really love this town called Jogja. and when i move to Tangerang i just lost that feeling until this nite...
dedicated to: 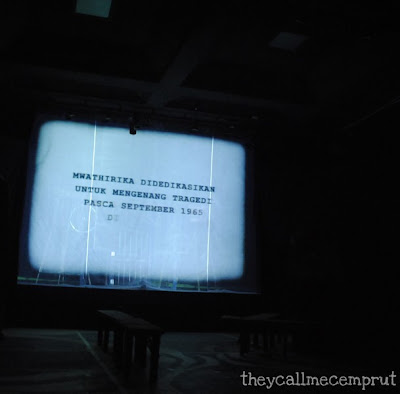 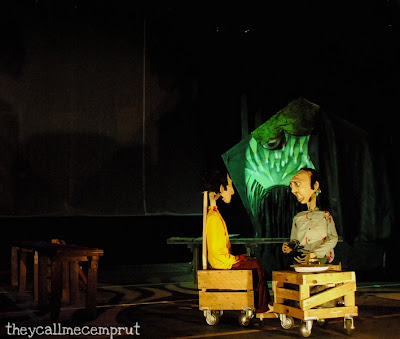 haki and his home: 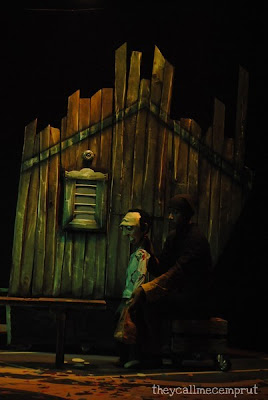 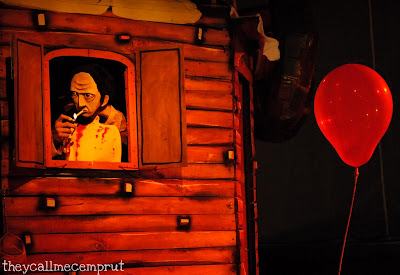 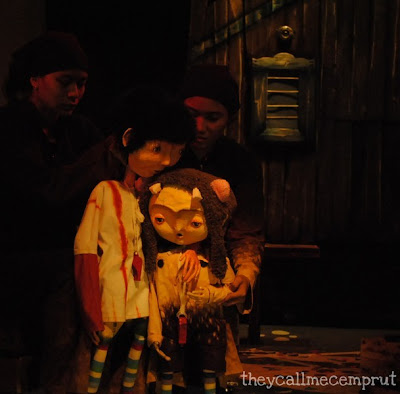 Oh My Dear Lord...MWATHIRIKA JUST DAMN AWESOME !!! U GUYS MAKE'S ME ALIVE AGAIN !!!
thanks to u guys in Papeppermoon, especially Mbak Ria who give me 2 time oportunity to see ur damn good work for MWATHIRIKA.

and u guys just check about MWATIRIKA in HERE !!! hope it can show to around the world...they must see how this little bald girl named Ria :p and the gangs in Pappermoon makes the puppet fairy tale comes in to a great theater show that they can ever forget :) evaaaaaa evaaaaa.....!!!

*all pic took by my beloved Ay*

it's about: jogja, story, theater

Hello! Papermoon is coming to my university and I am hoping to make a poster of the show. They are presenting Mwathirika with our students here. I am inquiring to see if it might be possible for me to use one of your images.

Jamie: Hi Jamie, just read your comment, sorry for being late, bad internet connection in my hometown.
if you still need the picture just email me in; cemprut@gmail.com, i will send you the original file :)